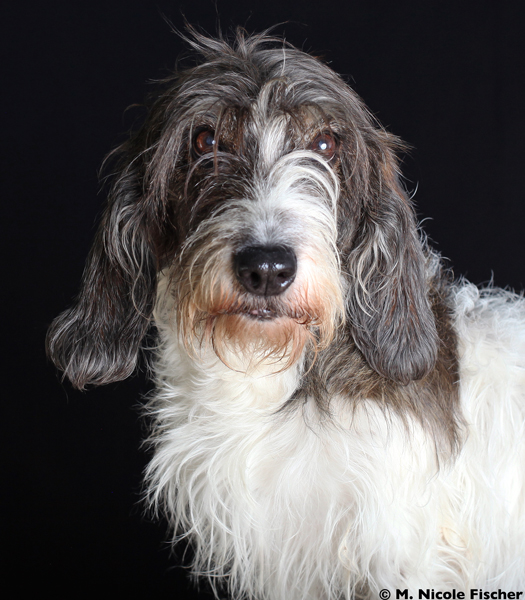 The Cleverest Hound, our amazing Chili-dog, left us quietly this week. 16 years is a long time and somehow not long enough…

Chili was the daughter of Rory, better known as our honeymoon baby, and Tigger, who I still can’t remember without smiling. When I bred these two special dogs I had huge expectations… and found myself with a shy puppy who preferred to hide behind me and growl at everyone.  As we learned to work together, I found that Chili could learn to trust me and I could accept that we should do sports that don’t involve being touched by strangers.  We focused on agility, tracking, and the new sport of rally, and I discovered that once she relaxed, Chili was a brilliant and athletic dog.  She never got past the idea that the breed ring was an exercise in torture (I have come to the realization that she was right), but we had many adventures together.

Chili is most remembered as an agility dog and that was something she did very well once we conquered the teeter-monster of her youth. In her long career, Chili represented PBGVs at 10 AKC Agility Invitationals, attended the National Agility Championship 3 times, and won the National Specialty High in Trial four times. She and I took 6 cross country trips over the years for the Invitational in Long Beach and PBGV Nationals.

Agility is what Chili did for me, but hunting was her favorite thing. She educated my pack far better than I ever could- Wally still can’t quite figure out what to do on the hunt field without Chili bossing him around. I hope the younger dogs will remember what she taught them.