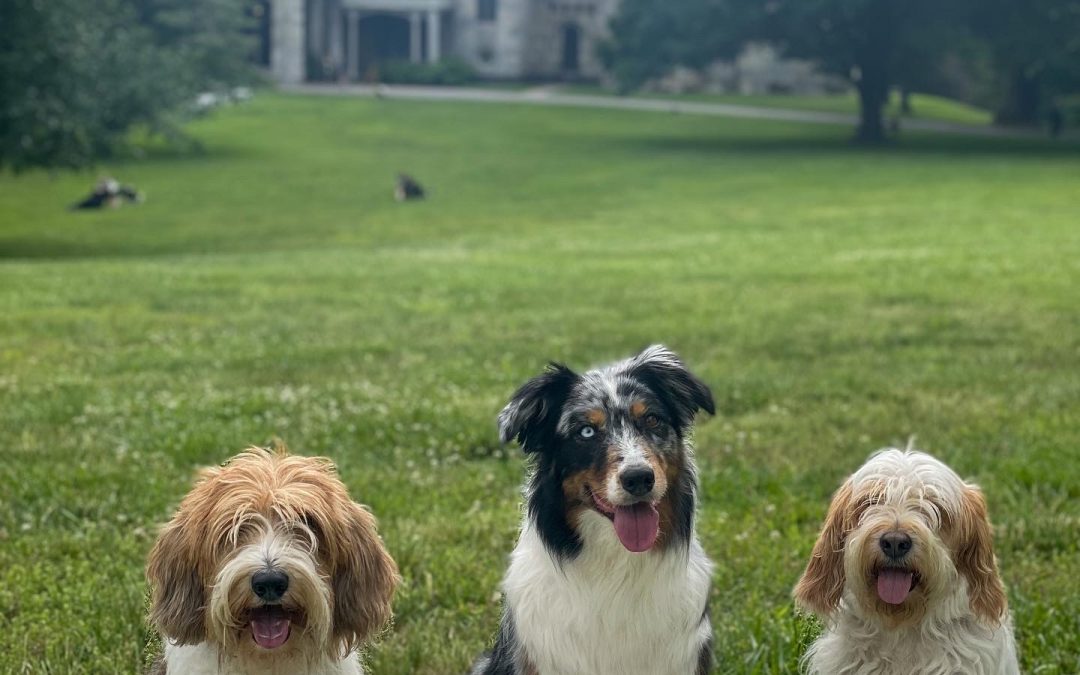 Last Saturday, The Clever Hounds participated in the Westminster Kennel Club Master Agility Championship. This event was supposed to be held in New York City in January, but was postponed until June and moved to Tarrytown because of COVID. While it’s much easier not to have to bring dogs into the city, the weather for an outdoor event in June could have been challenging. Luckily, it was an absolutely perfect day overcast day that never got hot.

The standard ring for Westminster agility is what will be the group ring for the breed show. This is the most “indoor” outdoor ring you will ever encounter, complete with artificial turf and air conditioning. The jumpers ring, however, is a lot more rustic. It is what will be the grooming tent for the show. The ring is covered by a tent so you are out of the elements, but the grass is very lumpy and the ring is pretty dark. This made for a lot of dogs pulling off of the pretty Westminster purple tunnels if handlers didn’t support them because the tunnels blended into the background. After falling in the jumpers ring last year, I was a little smarter and remembered to change from turf shoes (no tread to keep feet from sticking) to outdoor shoes (lots of tread).

This year spectators were allowed, although there were a lot fewer than in the past. The PBGVs had a great time visiting with the crowd and posing for selfies after they ran. Big events are a lot of fun with dogs who enjoy this kind of activity- it was much harder with my older girls because I always had to manage their environmental sensitivity.  It’s nice to have this kind of opportunity to share PBGVs with people who may have only seen them in photos or on TV.  I think agility day is probably a good day for spectators to come since things are less formal, although they won’t see as much breed variety as they would during the week.

Gromit, Spice, and Silk all had a great day, with each of the earning a double Q. Finals are determined by time plus faults, which makes it harder for the dogs in the middle of the pack speed-wise, but we were thrilled with how they ran. Running Silk at Westminster was one of Dave’s goals throughout last year’s knee replacements, so it was awesome them to pull off a QQ. Here’s a video of our runs: