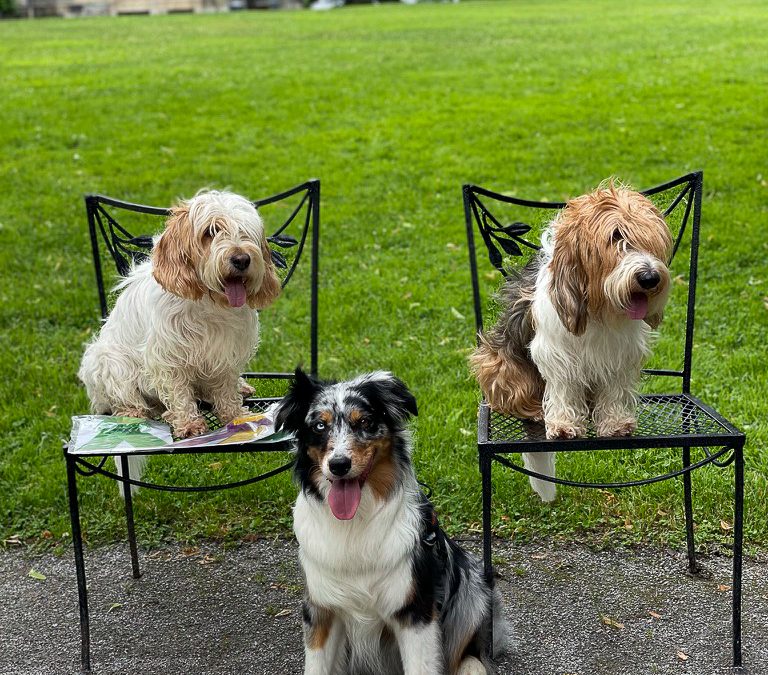 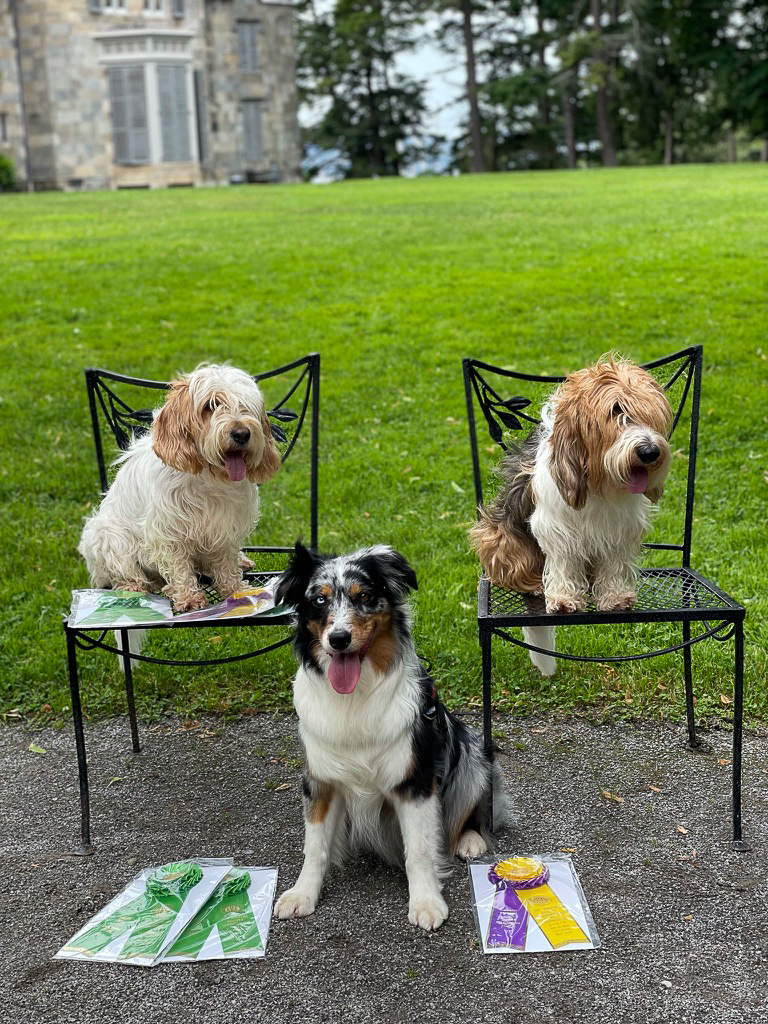 Earlier this month, Silk, Spice, and Gromit got the chance to represent The Clever Hounds at the Westminster Kennel Club Agility trial. Unlike most years, this event was held outside in Tarrytown, NY on the beautiful grounds of the Lyndhurst Estate. An outdoor trial in June had the potential to be uncomfortably hot (or wet), but the weather was near perfect all day.

Westminster followed a really strict COVID protocol, requiring everyone to submit proof of vaccination or recent testing prior to the event. The result was that mask rules could be relaxed for vaccinated attendees and the trial had much more of a normal feel than we have experienced in a long time.

The event was advertised as being outdoors under tents. This description didn’t exactly prepare exhibitors for the trial site. The standard ring was on artifical turf in an air conditioned tent with full walls- it was the most indoor “outdoor” trial anyone had ever seen. Even the lighting was a big improvement over the sauna-like TV lights that had been used at previous events.  If you watched any of the televised coverage, the standard ring was the group and Best in Show ring.  The jumpers rings was, well…. outdoors under a tent. A long, skinny, somewhat dark tent with uneven ground from groundhog holes. I think it was probably the grooming tent for the breed show. Getting out of the sun was nice, but I think some dogs had trouble with the lighting, especially around the weave entry. I did manage to find one of the uneven spots and fall on my face at the end of Spice’s run. Luckily she took the last jump with me on the ground. I found out later that there were several falls in the same location.

One thing I would like to see changed for future events is the addition of closing rings gates. These are standard at regular trials in this part of the country and even the very experienced dogs are unaccustomed to running without them. The area outside the ring was less distracting than it would have been in Manhatten with spectators present, but there were clean runs lost to dogs exiting the ring off leash. Closing gates are readily available and would create a safer and more fair situation for handlers and dogs.

In the end, Spice and Silk had an awesome day, both earning QQs. Neither was quite fast enough for a finals spot, but I was proud of the girls. This was Silk’s first big event with me handling, since Dave’s knee replacement had been only 2 weeks earlier. Gromit didn’t Q on either run, but had a fun day representing PBGVs.

The finals system is set up to allow for a variety of breed representation, which is great as far as showing the public that agility isn’t just a sport for a few breeds.  However, as always when breed is a factor, dogs registered through the PAL program should really be required to provide DNA proof of breed in order to enter. Since Embark was a sponsor of the event, it seems like this would have been easy to arrange.

Next year’s event will be back in New York City, which is a very different experience. if we are lucky in the entry process again, the Clever Hounds feel up to the challenge.