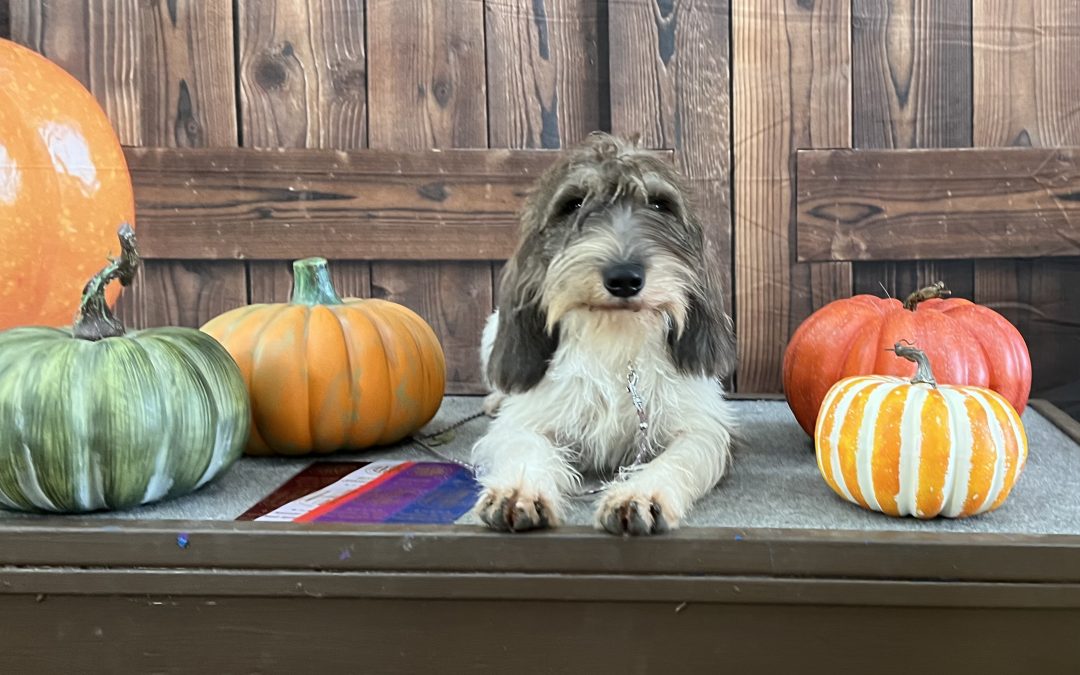 It’s pretty well accepted that most dog sports are supported by an aging population and that something should be done to attract new people. This is especially true for sports like conformation, obedience, and agility, which are more difficult and time consuming than some of the newer sports such as FAST CAT. I think it’s also more true in some of the less common breeds where breeders are protective to the point of distrusting most newcomers. There are a lot of theories as to why this is the case. The amount of time and money needed to achieve success in dog sports is definitely a factor, but I think there are bigger cultural issues at play also.

Some of the factors are outside of the dog world entirely.  I can’t honestly say that I remember a time when breeding dogs was considered socially acceptable. Like most kids growing up in the 1980s, I remember being told on every school holiday and snow day to “Help control the pet population and have your dog or cat spayed or neutered”. (Daycare wasn’t a thing then.  Generation X pretty much raised ourselves with the help of game shows and Gilligan’s Island.). I’ve gotten comfortable answering questions about the fact that my dogs were not rescues and using social media to educate about preservation breeding, but I know my feelings about this make some people uncomfortable.

The anti-breeding mindset of much of the world means that anyone who has managed to get a purebred dog (especially one of an uncommon breed like a PBGV) and find their way to a dog event, has probably gone to considerable effort already and is really interested in joining our world. If we want our sport to sustain itself and our rare breeds to survive, it seems like we would be welcoming and encouraging, right?   Sadly, we seem to be really good at turning off new people, sometimes even before they really get started. I think this happens in a lot of ways and for a lot of reasons, but these are some of the patterns I see.  To be clear, these are things I’ve seen in many sports and not only in my own breed.

First off, acknowledging newcomers and treating them with basic courtesy should be a given. Yes, dog events can be busy places. I get that- I normally run 5-6 dogs at most agility trials and juggle conflicts all the time. I’m also pretty well acquainted with social anxiety. It doesn’t take any longer to smile and say, can we talk later than it does to bite someone’s head off. Many indoor dog shows are subsidized by the admission fees paid by the public.  If we want to have shows over the winter, doesn’t it make sense to try to help the spectators have a good experience?  Most shows do a great job of educating outsiders about how and when to approach handlers and dogs, but we need to do our part also.

Another part of this is responding to inquiries away from shows.  Do you wonder why all of your neighbors seem to have doodle-mixes and not purebred dogs?  It might be because those are the breeders who actually responded when they asked about puppies. I’m all for setting boundaries about how you want to be communicated with (please don’t call me on the phone), but breeders should have some way of being contacted that will actually be monitored and responded to. A copy and paste email takes almost no time and is much more polite than ignoring people. Even if you don’t have puppies available (I rarely do), just take the time to say that. When you do talk to people about your breed, remember to also share the good things. The impression that I get reading about PBGVs online is that they are unhealthy, hyperactive, never stop barking, and spend their whole lives trying to escape. If this was the whole truth, I wouldn’t have them and can’t imagine why anyone would.

New exhibitors in all venues also need and deserve our support. During COVID, a lot of things became automated to allow for social distance and things like judge’s briefings became shorter or non-existent. This is a time saver in the higher level classes, but the poor Novice A person can usually benefit from reminders about rules and a little reassurance from the judge. In conformation, there is a long standing concept that everyone needs to “pay their dues”. This roughly translates as letting more experienced handlers treat you badly, use your dogs to make points, and generally do anything they want to you. I think a lot of us who have been the sport for a long time are still carrying the scars from “paying our dues”. It’s time for this idea to go away.

We all need to remember that dog events are public and with social media, everything we do has a lot more permanence than in the past. While I respect that there are a lot of different training techniques out there that I may not chose to use with my dogs, I also think it’s important for anyone attending any kind of dog event to see dogs being treated with kindness and cared for well. I wish I didn’t even need to say this, but I do. Rough handling is rare, but still happens. More common in some sports is to see dogs who are clearly struggling with the environment and responding with fear or aggression. I believe that every dog benefits from training, but not that every dog needs to compete in a sport to have a good life.  (Scent work people- I’m looking at you.)

At any sporting event there are rules and should be an expectation of fair competition. Conformation shows are a definite grey area for me as to whether they are really a sporting event at all, but that is how they are presented. Newcomers to any kind of event are likely to be turned off when they witness obvious cheating and rule breaking.  If you think no one sees you painting noses, coloring dogs, or brushing topknots that aren’t currently attached to the poodle, you are kidding yourself. I would also put changing coat texture with hairspray into this category, but realize that most of my PBGV friends would disagree with me on that one. It may sound like I’m picking on conformation here, but there are dishonest people in all sports- something I know all too well.

One last thing that can turn people off that is pretty universal among dog sports is unsolicited advice. This can sometimes be presented as mentoring but is something entirely different. Newcomers may have a lot to learn.  They may do things differently than you or have purchased their dog from someone you don’t approve of. There is more than one path to success and “help” that doesn’t take into account the journey that person and their dog are on is not likely to be helpful. There is a time and place to answer questions and make suggestions, but that time is rarely within a few minutes of meeting someone or just after they leave the ring.

I feel like I’ve just listed a lot of things not to do, but really there are a lot of things we can do also. I personally love helping enable new people to fall down the rabbit hole of dog sports, especially if they have an untraditional breed, but I know not everyone feels that way. Taking small steps, or at least a do no harm approach, can go a long way and shouldn’t be overlooked. Most of our dog events are a lot smaller than they used to be and that won’t change if we close our community off to outsiders.